Preserving dark skies in the parks doesn’t stop at park borders. Light overflow from overly bright lighting and from industry such as oil and gas drilling sites have a huge impact on the quality of the night sky. The Friends of Arches & Canyonlands advocates for the preservation of dark skies and, with the help of Moab Dark Skies and the National Park Service, monitors situations that potentially threaten the region with more light pollution.

In 2016, Canyonlands National Park was designated as a Gold Tier Dark Sky Park and in 2019, Arches National Park received the Silver Tier Dark Sky Park by the International Dark Sky Association. In June of 2020, the Friends worked with local elected leaders to inform them of the consequences of a potential oil and gas lease sale: 110,000 acres of land on Bureau of Land Management (BLM) public lands, adjacent to or within the viewshed of National Park lands.

With guidance from the Friends of Arches & Canyonlands, Moab Dark Skies, and National Park Service, a letter was drafted and sent to the Grand County Commission regarding the oil and gas lease and potential impacts on the surrounding parks and public lands. With these leases, lighting and gas flaring can have a significant negative impact on the night sky.

Here are excerpts and images from that letter:

“As you can see from these illustrations, just 11 well sites can cause significant ongoing lighting impacts. Imagine the impact with over 100 well sites. There are ways to reduce these impacts, but there is no way to know if the company that leases these parcels will be willing to Implement them to protect the night skies”. 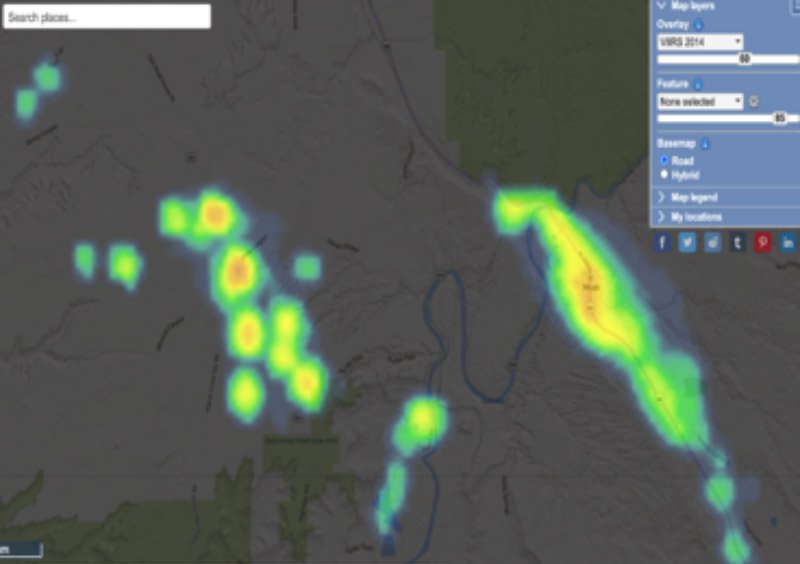 “At night, if oil well operations are using unshielded lighting or flaring natural gas, the negative impact to natural darkness will be significant. In this 2015 satellite image of the region you can see 11 oil wells which were flaring off natural gas at that time.” 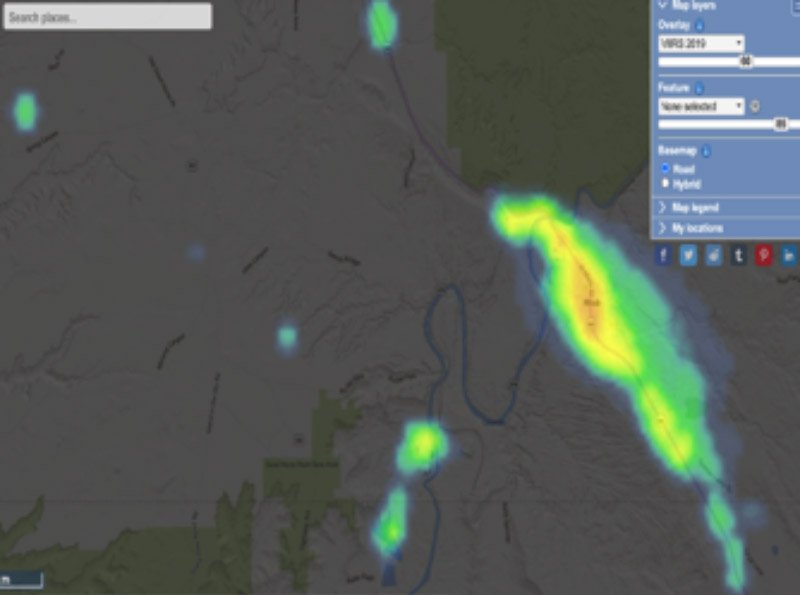 In the 2019 image, above, you will notice a great reduction in artificial light coming from the same oil wells. The gas flaring was captured in an oil pipeline to reduce flaring waste, and lights were directed downward at the request of Dead Horse Point State Park.

The Grand County Commission approved the letter which was sent to the BLM requesting this land be removed from the lease sale. Subsequently, the BLM removed the lands from the sale process in late 2020. 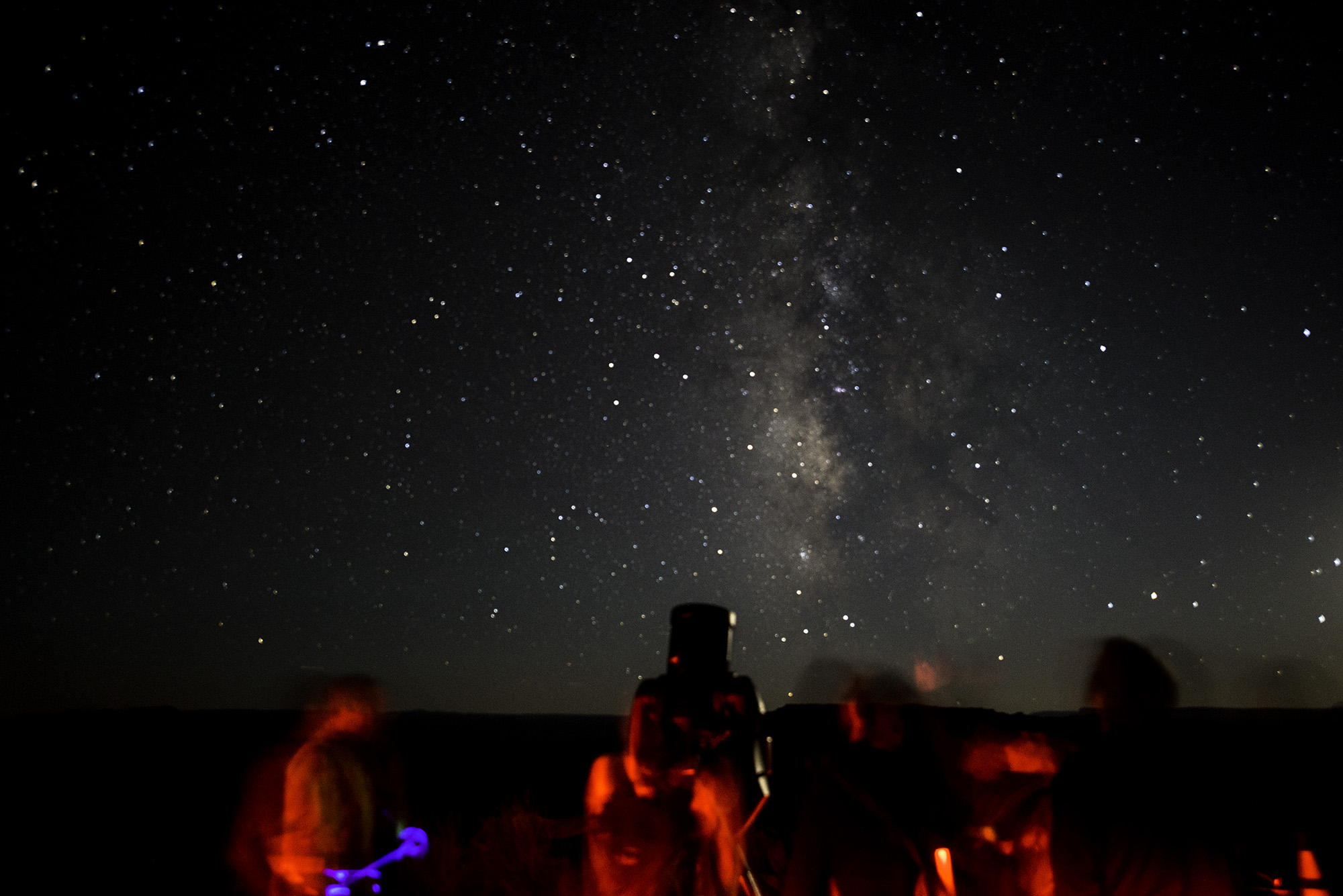 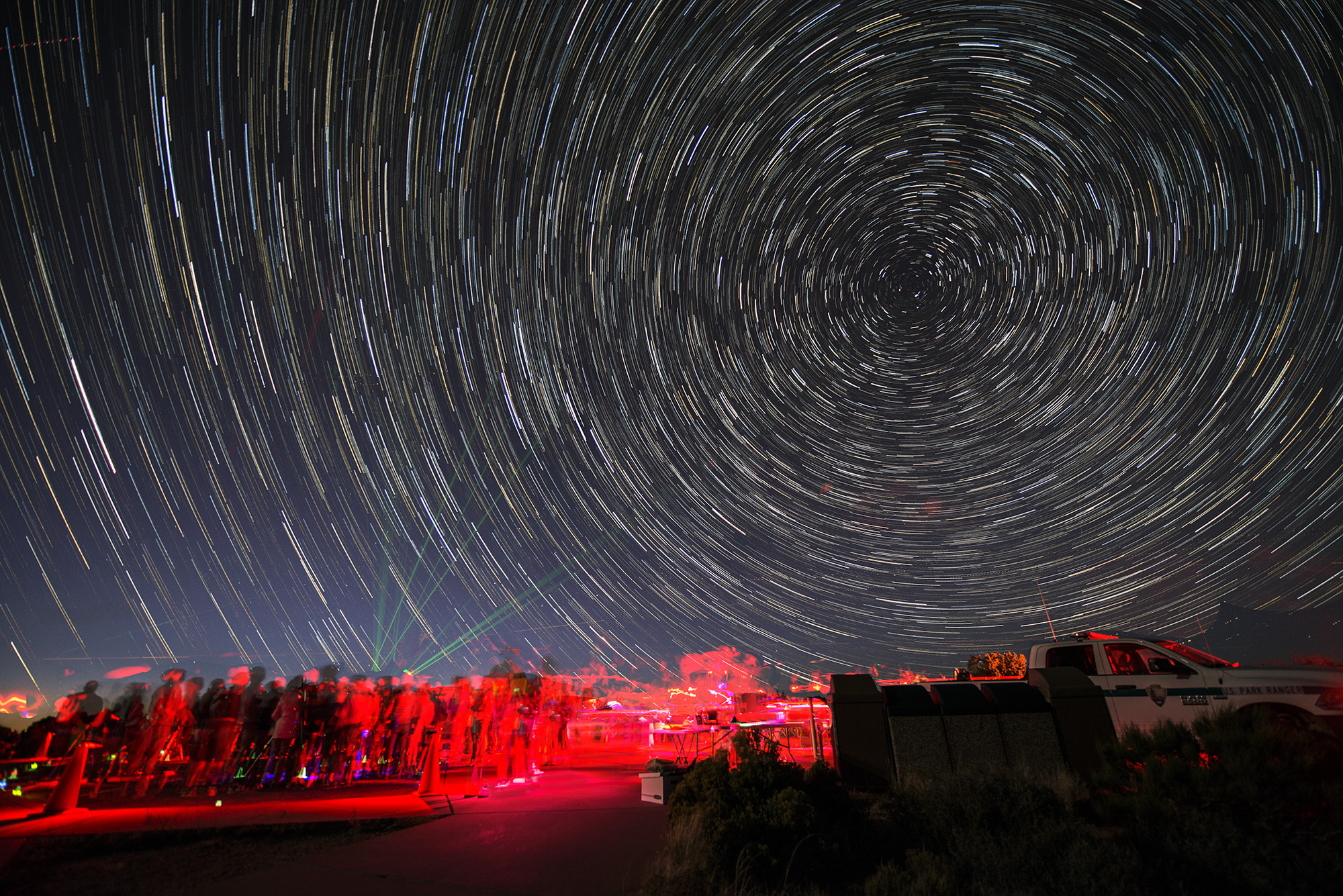